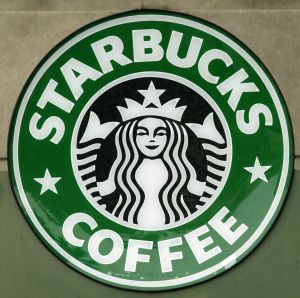 Remember the white Starbucks manager who stood idle while an employee called the cops on those two black customers for sitting in the coffee shop? Well, here’s a plot twist for ya: that manager is now suing for racial discrimination! Yes, you read that right. The former Starbucks employee was fired and received major backlash after the event went viral inside the popular coffee shop!! Peep how that manager is now trying to turn the tables below via TheShaderoom:

TSR STAFF: Danielle J! @prettyaries16 ______________________ #Roommates, you may remember the incident last year at a local Philadelphia Starbucks where a white employee called the police on two black men who were waiting inside for a business meeting. It sparked intense outrage on social media, threat of a boycott and resulted Starbucks closing stores for mandatory racial sensitivity training. Well now, the white female manager who was fired for her role in the situation has officially filed a lawsuit for racial discrimination. ________________________ As reported by @NBCNews, Shannon Phillips, the white former regional manager for a Philadelphia Starbucks, alleges in her lawsuit that she was a victim of racial discrimination when Starbucks fired her after the Rashon Nelson and Donte Robinson were arrested inside the location following the call to police placed by one of her employees. She says she would still have her job if she were not white. _________________________ Phillips alleges in her lawsuit, filed earlier this week in the U.S. District Court of New Jersey, that about a month after the arrests of the men she was ordered to suspend one of her subordinates, a white employee who was a Starbucks manager but had nothing to do with the arrests or the store where they occurred, the suit says. However, the manager who was responsible for that store, who is black, was not-Click The Link In Bio To Read More! ?: (@nbcnews)