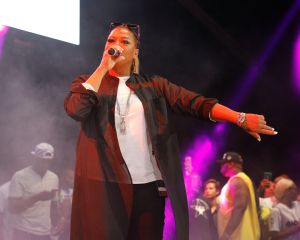 Did you catch “The Little Mermaid Live” last night? ABC Networks tried their hand at giving us a live musical adaptation of Disney’s “The Little Mermaid” and of course twitter had MUCH to say. Some famous faces in ABC’s version were Queen Latifah as Ursula, reggae artist Shaggy as “Sebastian” the lobster and others. Peep the reactions on twitter below. Some folks were for it, others were NOT!!

#PressPlay: #Roommates, are you watching #QueenLatifah and #Shaggy kill it as #Ursula and #Sebastian in the live action performance of #TheLittleMermaid? (?: @abcnetwork/ @_peachgoddess419_)

Well, if you missed it hopefully these reactions gave you a good idea of what you missed! Lol!!