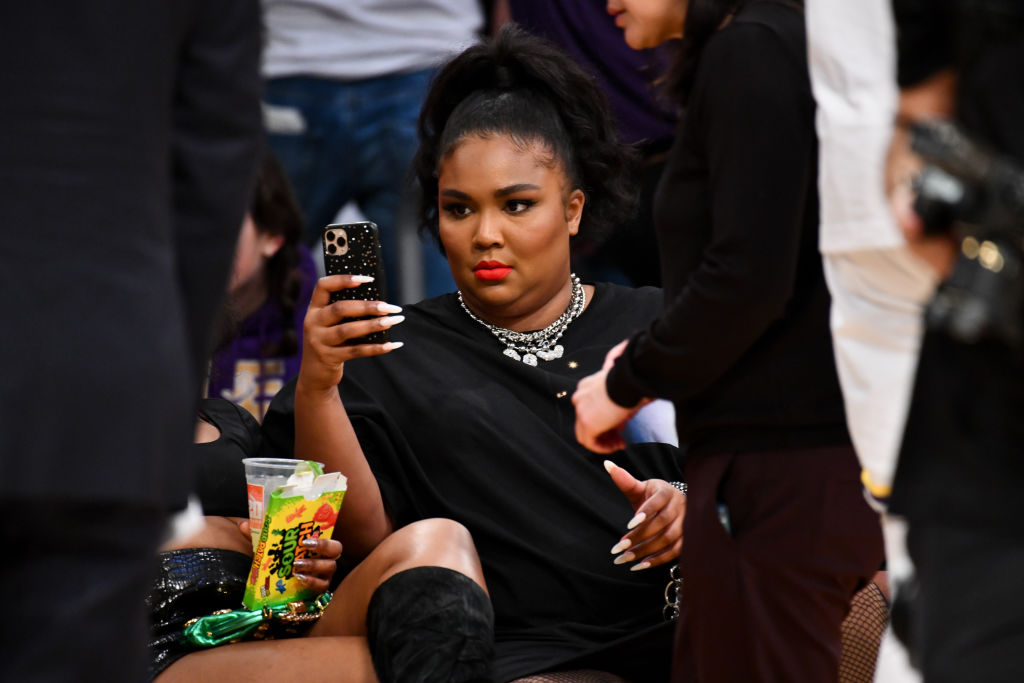 If you woke up this morning wondering why everybody was talking about Lizzo … well, it has something to do with the Los Angeles Lakers. No, seriously.

Last night (Dec. 8) while catching her “other” team the Minnesota Timberwolves wind up catching an L, the “Truth Hurts” singer was spotted courtside in a long T-shirt dress with the back cut out. When one of her songs, “Juice,” played on the arena speakers, she got up and began twerking – revealing that the back of the T-shirt dress had been cut out right where her butt is.

Lizzo hits a twerk while enjoying the the Laker Girls routine to “Juice” at tonight’s Lakers game… pic.twitter.com/xdDQV8OqPJ

Now, if you’ve followed Lizzo on social media then you know she has zero problems whatsoever wearing whatever in public or posting artistic nude photos. It’s her thing, she’s proud of her body and confidence. But courtside? At a Lakers game? She might have just topped herself.

Nevertheless, she had a ton of fun at Staples Center, even revealing that she’s got a bit of a crush on Timberwolves’ big man Karl-Anthony Towns.

Lizzo has a crush on Karl-Anthony Towns ??? pic.twitter.com/RwtrikKRkp

Hey, good for Lizzo being herself – and once again trolling literally everyone online who immediately jumped for fat jokes and all kinds of other unnecessary comments regarding her. Besides, we all know she left all of her respective f*cks to give in that tiny purse she brought to the AMAs.

RELATED: Lizzo Sued By Postmates Driver Who She Claimed Stole Her Food