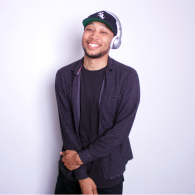 A couple by the names of Dravon Ames & Aisha Harper were stopped by Phoenix police while their children were with them on Wednesday May 29,2019.  The Father Dravon Ames was with his Four year old daughter leaving out of a Dollar store when his daughter accidentally left out with a doll.

The Parents did not notice the doll until they were pulling up to their home as soon as they arrived the family was surrounded by Phoenix police, one of the officers immediately began to yell expletives to the family telling them to get out of their vehicle or he was going to “Bust a cap in Them” The Father Dravon is seen in the clip below being thrown around by the officer while stating that he is being compliant with all of the officers request.

The Phoenix police officer can also be seen shouting at Ames “When I tell you to do something, you f—— do it!”.  The Mother Aisha Harper is also seen in the clip being told to put her one year old daughter down on the ground she responded to the officers by saying no because the pavement was extremely hot.  The Family is now looking to sue the city of Phoenix for 10 Million dollars.

"My hands are up! My hands are up!" 22yo Dravon Ames says as a Phoenix police officer yells to "get your fucking hands up." The same officer later says "You're gonna fucking get shot!"

Ames says the officers stopped him after his child walked out of a Dollar Store with a doll. pic.twitter.com/Nlkd7IXsyc

Another angle of the incident filmed by a different resident of the apartment complex where Ames and his pregnant fiancee were dropping off their kids with a babysitter show a Phoenix police officer trying to yank the child from the mother's arms. pic.twitter.com/pTb07lZAXD

Phoenix police said they are investigating and confirmed this all took place over a shoplifting incident.https://t.co/X26bV3pqWJ

Black Lives Matter Activists You Needed To Know In 2015