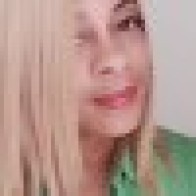 Before you say it, I get it.  People didn’t have much faith in the Pistons.  It’s been a long time since they’ve actually won anything. But THIS year we made it to the Playoffs!!

Needless to say,  I wanted to be there when the Pistons beat the Bucs in the first round. (heheee)  ok ok I know, wishful thinking.  So after the Pistons lost to the Bucs the first 2 games I knew they were headed back home and we would at-least rally to win ONE at home.  No such luck.  We got swept.  But it didn’t stop me from really having a ball at the game!

From the time I walked into the Little Caesars arena you could feel the energy. Literally EVERYONE in the arena that night was excited, in a great mood and hoping for the best.  Until we weren’t.  Yes, the Pistons are bad.  Still bad.  But it doesn’t mean the arena isn’t a fun place to see a game!  So next season, if you are looking for a fun date night, or just a fun night out period, you should check out LCA!

See My Other Adventures:

Afrika In The City: Red Bull House Of Art