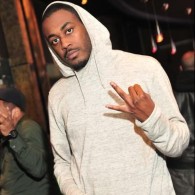 The Detroit Pistons announced today that Dwane Casey, formerly of the Toronto Raptors will be the new coach!

According to ESPN’s Adrian Wojnarowski, Pistons owners and Casey came to a 5-year agreement this morning. Casey was voted Coach of the Year this past season but was relieved of his duties with the Raptors after a 4 game sweep against the Cleveland Cavaliers in the Eastern Conference Semifinals.