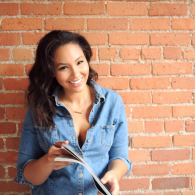 Earlier this week, University of Michigan head coach, Jim Harbaugh, presented the Pope with an exclusive pair of “Michigan” Air Jordan 5s. The photos went viral on Twitter after Jeff Seidel tweeted out what went down in Vatican City.

The type of limited edition shoes that Harbaugh planned to give Pope. These are for arch bishop pic.twitter.com/pU3ZA7gsay

The Michigan Wolverines are sponsored by Jordan and have had exclusive kicks released because of this. The football team is currently on a group trip to Rome.

Catch the video when the shoes were presented at Pope Francis’ papal address, below: