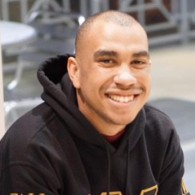 One of the NBA’s biggest stars got an advance listen of Kendrick Lamar‘s new album.

K. Dot’s new album, DAMN., isn’t out until Friday, but LeBron James already has a sneak peek. He posted a series of videos of Instagram while listening to the album.

Producers on the album include Alchemist, Cardo, DJ Dahi and more.

This is just one of the most recent of several moments where LeBron has shown love to Kendrick. Last year, he rapped and danced along to Kendrick’s performance of “Levitate” at the Sports Illustrated Sportsperson of the Year Awards.

Watch LeBron jamming out to Kendrick’s new album below: