Weird News! How Far Would You Go For An Egg McMuffin!? 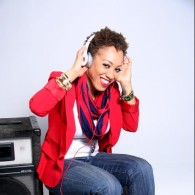 Apparently this gal in an England prison had to have it. Her boyfriend was caught on camera smuggling her McMuffins and that is not all authorities found inside that bag.

“We all know that McMuffins are delicious, but they’re probably not worth a year in prison.

Possibly the world’s greatest boyfriend was sentenced last week after he was caught on video using a fishing line to smuggle a McDonald’s breakfast sandwich into a prison in England for his girlfriend, the BBC reports.

The boyfriend, Karl Jensen, 27, got two years for the smuggling attempt, while his girlfriend, 26-year-old Lisa Mary Hutchinson got an additional year tacked on to her time at Wormwood Scrubs Prison (which, tragically, means she’s going to have to wait way longer to experience McDonald’s all-day breakfast).

It probably didn’t help their case that the care package was a lot more than just a warm, toasted buttered English muffin layered with a freshly cracked Grade A egg, plus extra lean Canadian bacon and a slice of melty American cheese. There was also some cocaine, weed, a knife, a smartwatch and a cell phone.

The package also contained a Kinder Surprise Egg (a weird, British, chocolate egg which usually contains a toy and is banned in the U.S.), which had SIM cards and vodka inside.”